Long after the dust from the last battle has settled, the dead have been laid to rest and the confetti from the victory parade has been swept into the gutter, the nature continues to bear the scars of human conflicts. A remarkable series of photos taken in a Russian forest have been making the rounds on social media sites, showing what happens over time to instruments of carnage discarded in the woods.

The striking images depict rifles, artillery shells, grenades and sapper shovels embedded in tree trunks – essentially swallowed up by the natural surroundings in a silent act of protest against human folly. 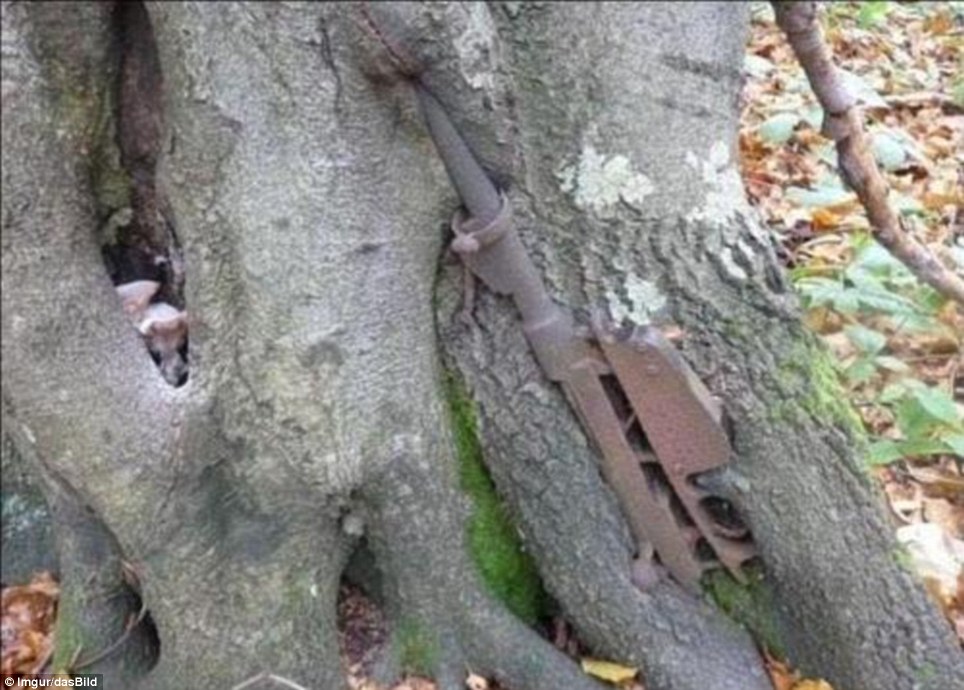 Echo of war: Described by a web user as a Mannlicher Carcano rifle circa 1891, this rusted out weapon has embedded itself in the trunk of a tree growing in a Russian forest 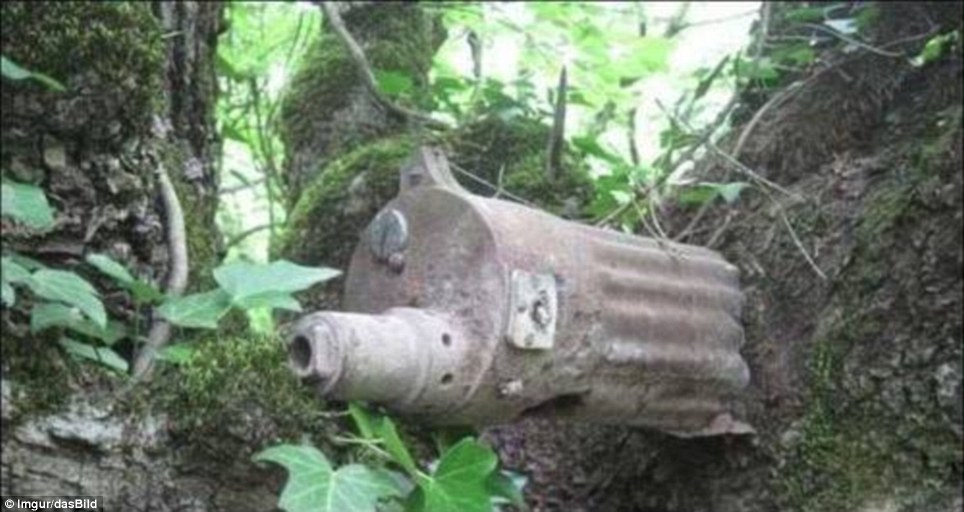 Deadly machine: This Maxim gun from the 1930s was likely used during World War II that raged in Europe between 1939 and 1945 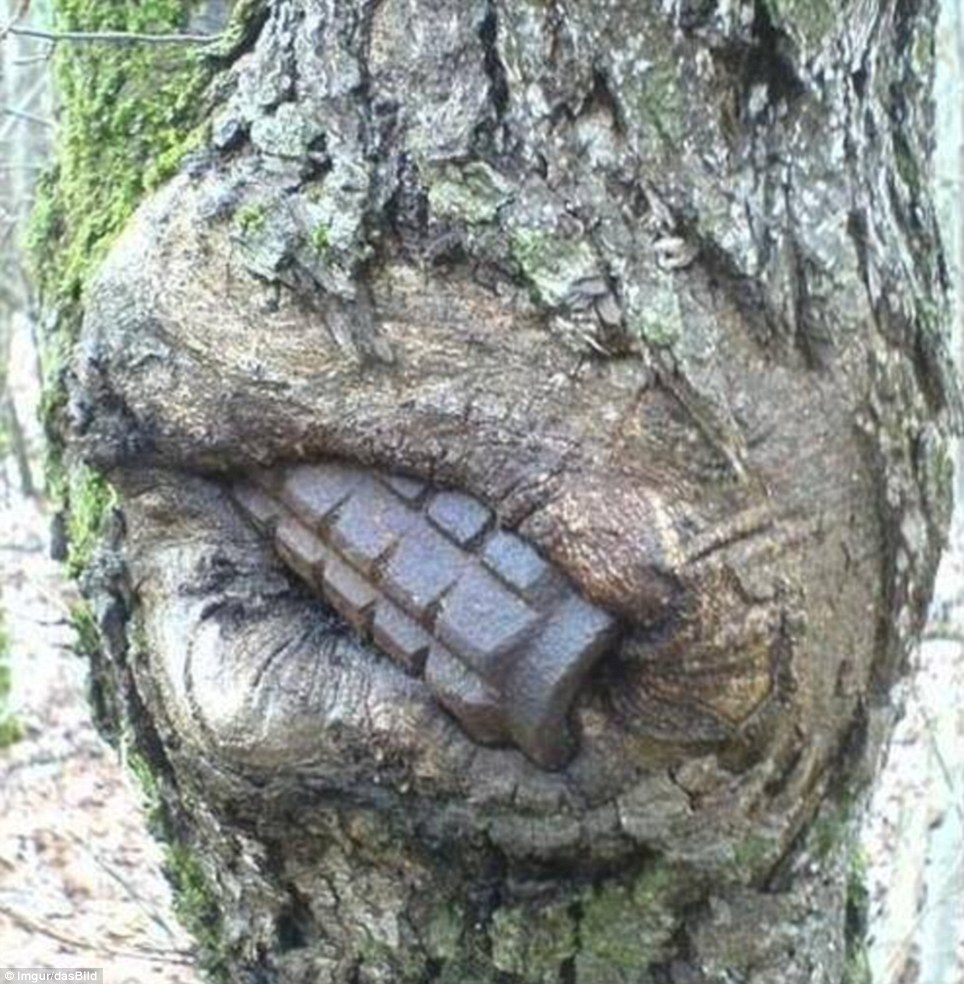 Dangerous exhibit: Even today, nearly seven decades after Victory Day, it is still possible to come across an old unexploded bomb or a granade, like this one that somehow became lodged inside a tree 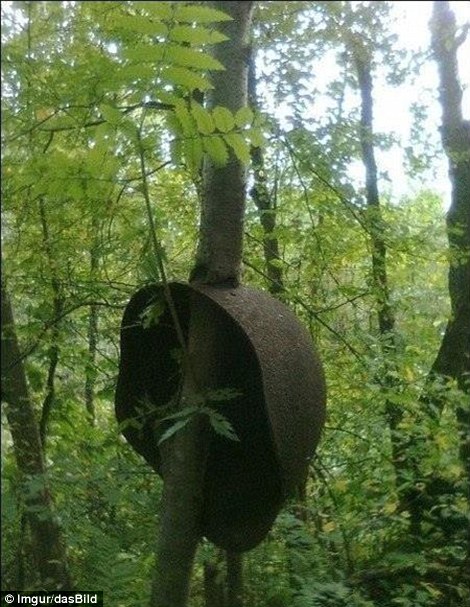 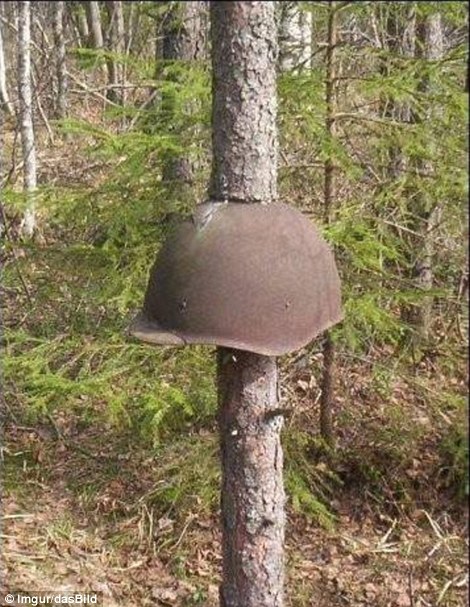 Nature’s triumph: These trees were skinny saplings when the helmets landed on them, possibly in the heat of a firefight 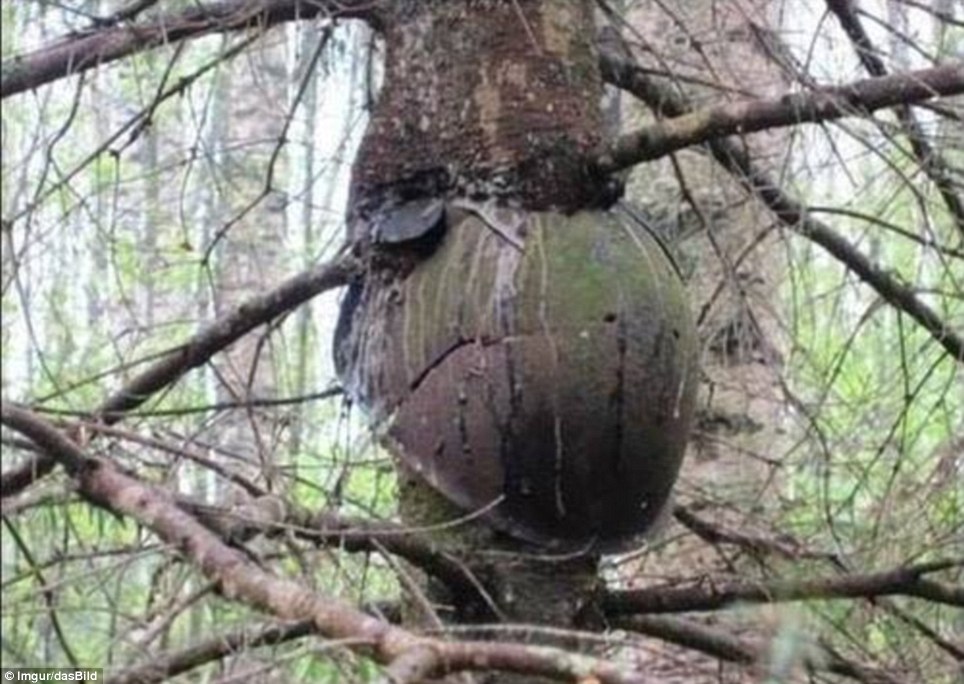 Remember the fallen: According to some estimates, more than 14million Soviet solders and officers perished in the Great Patriotic War

Some of the most powerful images in the sequence show slender trees growing through gaping holes in Soviet Army helmets.

The shape and condition of the protective gear suggest that the helmets belonged to Red Army servicemen during World War II.

Given that each of the hard-hats is damaged, their owners most likely had met a violent end.

It is likely that the helmets came to rest on young saplings during a battle. Over time, the maturing trees widened the bullet holes, and the helmets essentially became impaled.

Alexander Ostapenko, a Soviet military history enthusiast and World War II re-enactor from Kolomna, Russia, shared some of the images on his VKontakte social media account.

In a message to MailOnline Thursday night, Mr Ostapenko revealed that most of the photos have been taken in the area of the Neva Bridgehead, known as Nevsky Pyatachok, which was the site of one of the most crucial campaigns during the devastating Siege of Leningrad that lasted from September 1941 to May 1943.

The Red Army lost about 260,000 servicemen while fighting to reopen land communications with the starving, decimated city, which had been cut off from the rest of the country by invading German forces.

Some of the so-called exhibits in this outdoor military museum include a Maxim gun circa 1891; a Mannlicher Carcano rifle circa 1891, and a 75milimeter shell from a light field gun.

According to some estimates, the Soviet Union lost about 20million people, both military and civilians, over the course of four years between 1941 and 1945. At least 14million of the casualties were soldiers and officers.

The poignant photos capturing the rusted out vestiges of World War II overwhelmed by trees drive home the message that in the end, after all the medals were handed out to heroes and all the peace treaties were signed, the only true victor is nature. 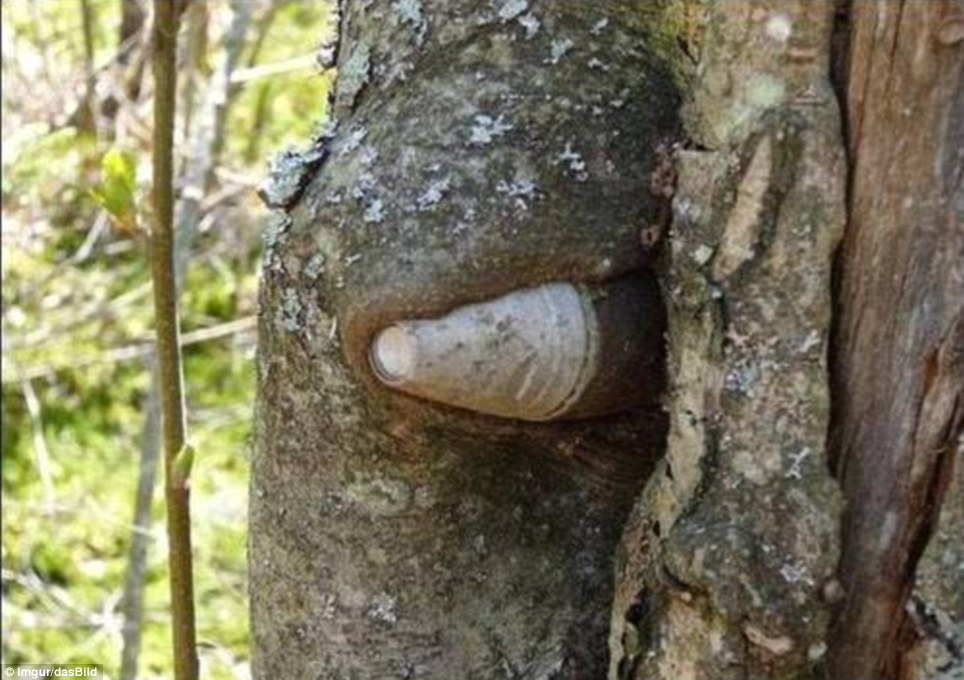 Resting place: A 75milimeter shell from a light field gun burrowed into a tree somewhere in Russia 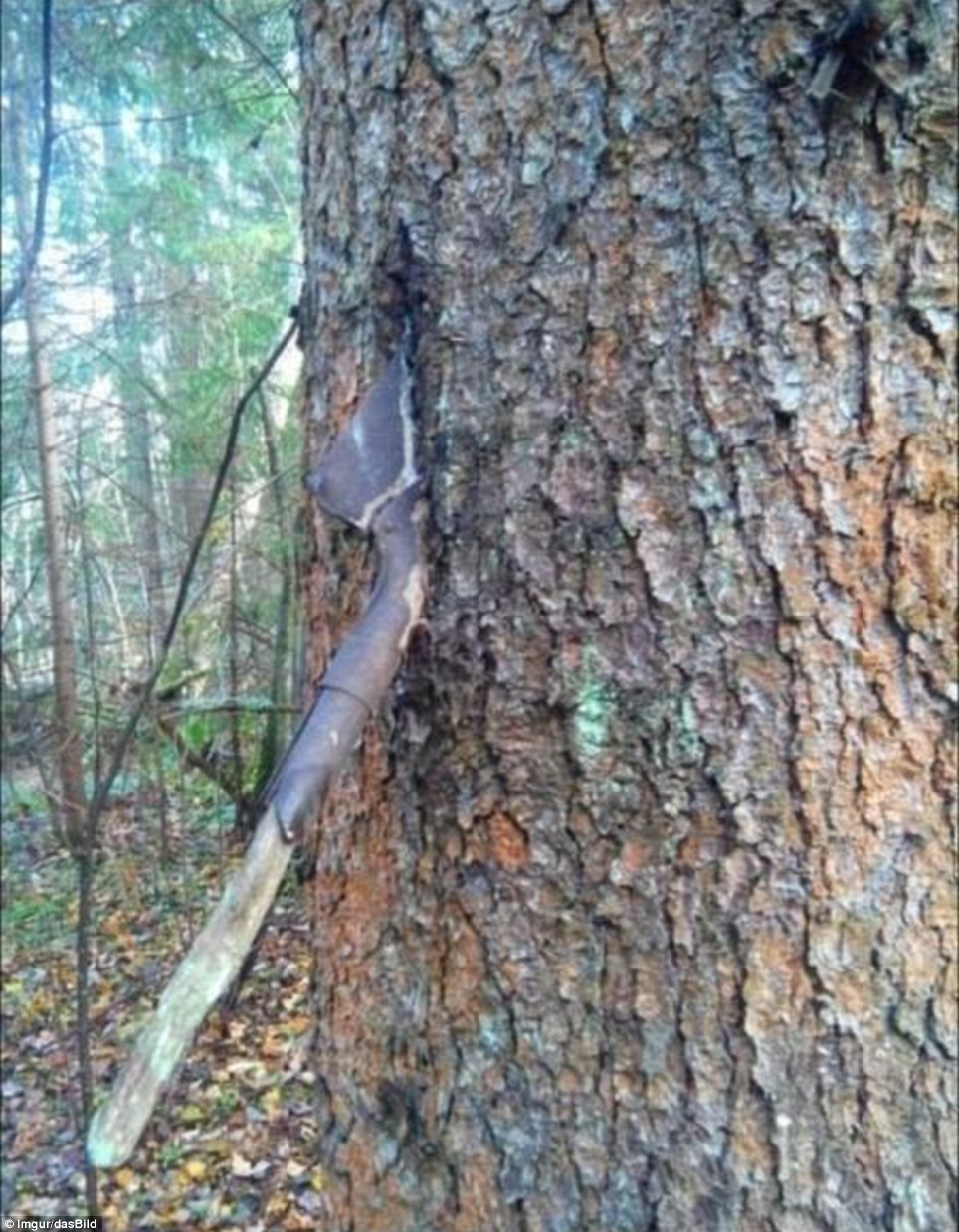 Marker: A sapper shovel with its corroded metal blade wedged firmly in a tree and its rotting wooden handle sticking out
This entry was posted in CORONADO CLARION AUTUMN ISSUE 2014. Bookmark the permalink.