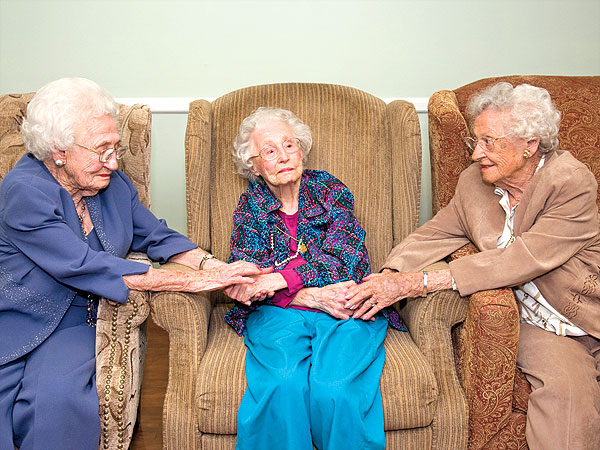 From left: Ruth Branum, Rubye Cox and Rose Shloss
To live a long and happy life, just listen to sisters Rubye Cox, Ruth Branum and Rose Shloss, who are each over 100 years old.
So how exactly did the women – who survived the Great Depression and the World Wars and were witness to the dawn of electricity, among other things – live this long? “My motto in life has been, ‘I would rather wear out than rust out,’ ”  said Branum, 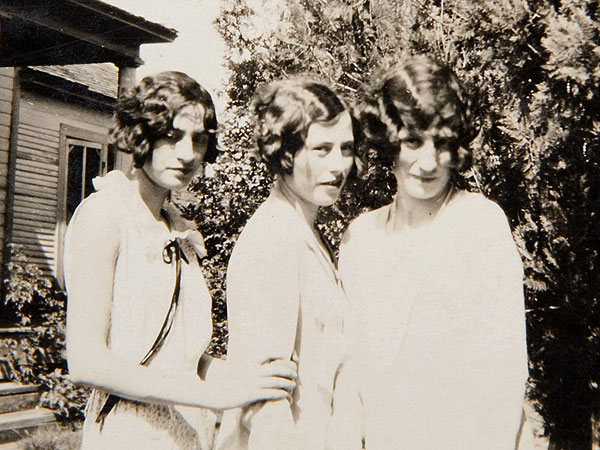 Whether it was managing her grocery store for 30 years or staying at home, she stressed the importance of staying active.

Cox, 110, a former teacher, attributes it to her belief in a higher power: “Faith can relieve life’s stresses.”

As for Shloss, 101, who worked in payroll for the U.S. Treasury, she credits the family’s healthy eating habits.

The sisters and their four other siblings (who have all passed) grew up cooking from scratch, using ingredients grown on their farm in Muskogee, Okla.

After being separated by distance for over 10 years, the sisters were reunited for the first time on April 10.

An employee at Rose’s Brookdale senior living community in Sarasota, Fla., connected the sisters with Wish of a Lifetime, a nonprofit helping seniors fulfill their late-in-life desires. The foundation, which has a partnership with Brookdale, organized the reunion at Rubye’s Rhode Island nursing home and paid for the travel arrangements.