Videos of an ageing, bearded hippy singing, citing poetry and performing the Lizard King’s trademark dance have emerged online.The vagrant insists his name is Richard and refuses to confirm or deny he is Morrison – who supposedly died aged 27 on July 3, 1971.

But an amateur cameraman has followed “Richard” for seven years – and released footage he believes proves Morrison lives. 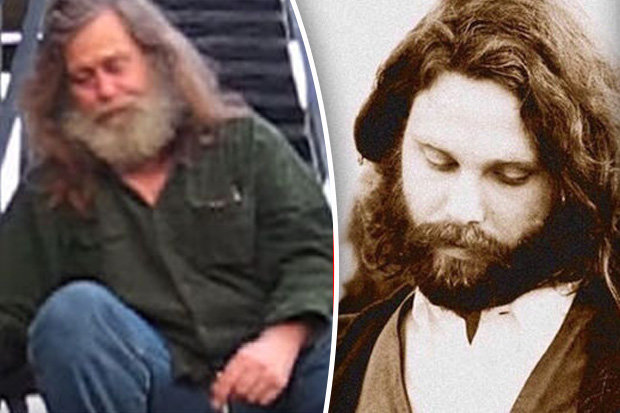 “You can’t hide the voice”

The Light My Fire singer – who would be 71 if he were alive – was reportedly found dead in the bath of an apartment in Paris, France.

He was said to have died of heart failure after years of abusing booze and drugs.

But conspiracy theorists have long claimed he faked his death and has been sighted in many places – from the Bahamas to Paris and Oregon in the US – since.

YouTube videographer Brokkenstar begun documenting the Morrison doppleganger – who appears to have a similar taste for alcohol and cigarettes – in 2009.

Seven videos chart an apparent friendship with the hairy hobo – who he calls Jim throughout. 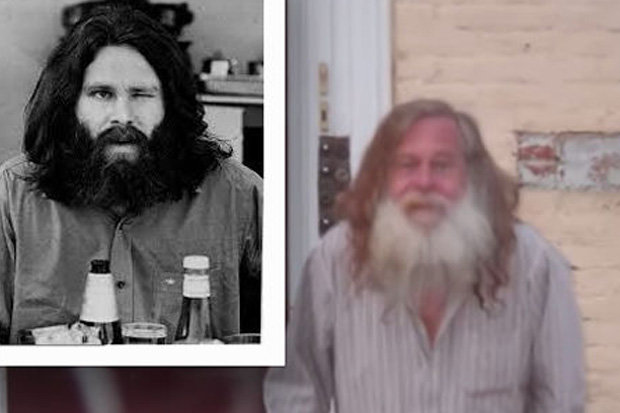 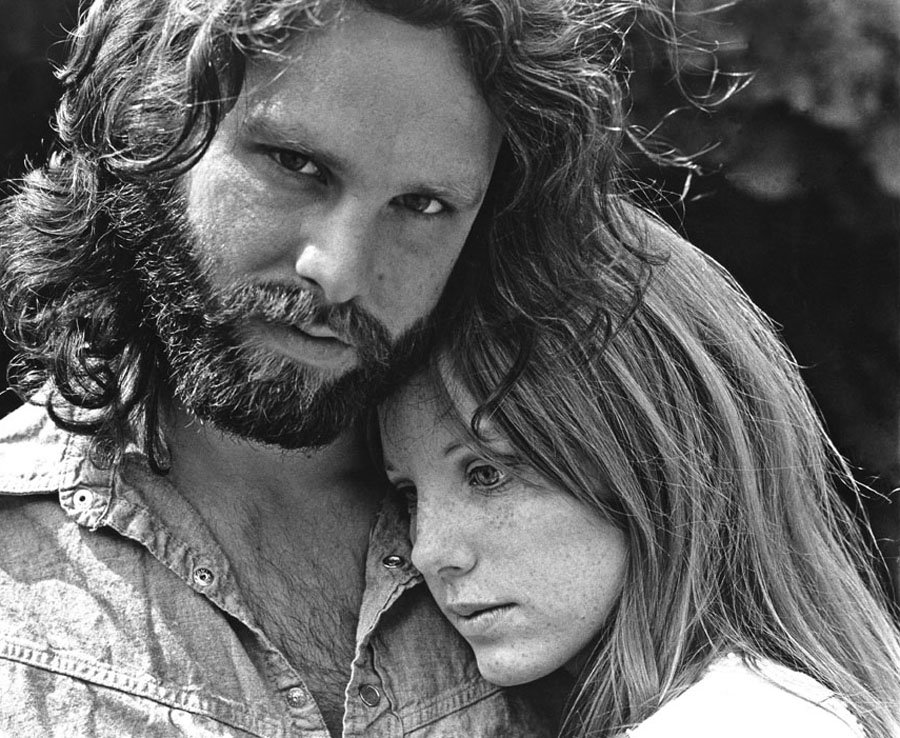 GETTY IMAGES
Singer Jim Morrison of The Doors with girlfriend Pamela Courson during a 1969 photo shoot at Bronson Caves in the Hollywood Hills
This entry was posted in Clarion Rock, Summer 2016. Bookmark the permalink.