FAREWELL TO A FALLEN HERO

On Friday May 13th 2016 the world focused it’s attention on the city of  Coronado California.

As I walked in the crowds waiting for the funeral procession, I was transported by to those “lazy, hazy, crazy days of summer” when patriotism was ever present and citizens held their heads high with pride.

When I first came to Coronado in 1967 I found myself in “Mayberry RFD”. It was not uncommon to see women dressed formerly (pillbox hat, white gloves and perfectly quaffed) even if they were just  going to Coro-mart or Free Brothers Market. It was also a time when kids called adults Sir or Ma’am.

I am sad to say the old traditions of formality, manners, we now live in the age of the selfie.

During the mass the camera panned the pews, a lady in a glaring fire engine red hat stood apart from the entire congregation, for she had come there to be seen, not to pay respect. (“look at my fabulous hat do I look like a model or a movie star”)

In the meantime, the mother of Navy SEAL Charles Keating IV, killed fighting ISIS in Iraq, spoke about her son’s life and death Wednesday.

Krista Keating-Joseph said she had a sick feeling about her son Charlie the night before the news broke, perhaps a mother’s intuition.

“I woke up in the morning and saw one U.S. soldier was killed and I knew it was him,” she said.

Keating, a 31-year-old Navy petty officer 1st Class, died Tuesday about 14 miles north of Mosul in a complicated attack launched by 125 ISIS fighters, Pentagon officials said. Keating was part of a small force sent to fend off the attack. 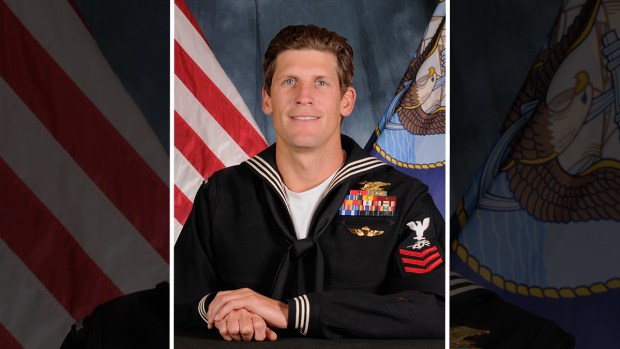 Keating-Joseph said he was mortally wounded by a bullet that slipped under his body armor.

She enjoyed a close relationship with the son she called Charlie, even though her marriage to his father broke up when he was just 3. From her home in Ponte Vedra, Florida, she described Keating as wanting to protect and save people.

“The sad thing is he could have done so much more had he lived a little longer,” she added.

Keating-Joseph is proud of the way Charlie lived his life, his bravery in battle and love of country.

“I will never forget his 150-percent attitude, his positive attitude, his million-dollar smile, his eyes that twinkle,” she said. “He made everyone his best friend.”

Now it is her turn to be strong as she brings him home.

Keating-Joseph said it was her son’s wish to be buried as closely as possible to Coronado Amphibious Naval Base in San Diego, California. He wanted to be near his beloved SEAL Team One, she said, instead of Arlington National Cemetery.

The journey to bring Keating home began Thursday. His mother and the rest of the family were on their way to Dover Air Force Base, where they will receive the fallen SEAL’s body Friday morning. Funeral services are planned for May 12.

A grandson of an Arizona financier involved in the 1980s savings and loan scandal, Keating is the third U.S. service member to be killed in combat in Iraq since U.S. forces returned there in 2014.

In addition to the American quick-reaction force on the ground, 31 American aircraft — including 29 warplanes and two drones — launched 11 airstrikes, killing 58 ISIS fighters, according to Pentagon officials.

Two medical helicopters were struck by ISIS ground fire. The aircraft returned safely to base, according to Col. Steve Warren, the U.S. military’s main spokesman in Baghdad.

The Other Hero.
James “Derick” Lovelace was also a hero even though he had not yet graduated from seal team training his level of dedication and commitment was deeply fervent. He did not die in combat serving his country, one the less to his loved ones, he died a hero. 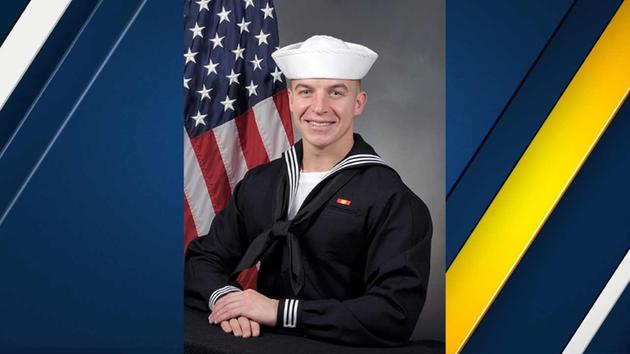 Seaman James “Derek” Lovelace was pulled out of the pool Friday after showing signs he was having difficulty while treading in a camouflage uniform and a dive mask, Naval Special Warfare Center spokesman Lt. Trevor Davids said.

Lovelace lost consciousness after being pulled out of the pool and was taken to a civilian hospital, where he was pronounced dead, Davids said Tuesday. The death was first reported by NBC News and The Virginian-Pilot.

The exact cause of the death is unknown, and Navy officials are investigating, Davids said.

Lovelace was in his first week of training as a SEAL trainee after joining the Navy about six months ago, Davids said. The exercise is designed to assess students’ competency, confidence and safety in the water, according to the Navy.

Lovelace was born in Germany, and he dreamed of becoming a SEAL, according to a death announcement from Whitehurst Powell Funeral Home and Southern Heritage Crematory in his home town of Crestview, Florida.

He enjoyed any activity on the water and played baseball at Crestview High School and Faulkner State Community College in Bay Minette, Alabama, according to the death announcement. Lovelace joined the Navy and graduated basic training on Jan. 28, 2016, in Great Lakes, Illinois. His awards and decorations include the National Defense Ribbon and Sharpshooter Pistol Qualification.

“I don’t know what to say. He was wonderful,” his sobbing grandmother, Jan Pugh, told The Virginian-Pilot. “It was a dream he was chasing out there. He was determined to become a SEAL . We are all just in shock.”

His mother, Katie Lovelace, died in June 2015 at the age of 44, according to the two media outlets. He is survived by his father and two sisters.

“Our heartfelt condolences go out to the family and friends of SN Lovelace,” said Capt. Jay Hennessey, commanding officer of the Naval Special Warfare Center. “Though Derek was very new to our community, he selflessly answered his nation’s call to defend freedom and protect this country. He will be sorely missed. We share in his family’s grief from this great loss.”

The death comes only days after another Coronado-based SEAL – Navy Petty Officer 1st Class Charles Keating IV – was shot and killed during a gunbattle involving Islamic State fighters in Iraq. Naval Special Warfare will hold a private memorial service for Keating on Thursday for his family, friends and fellow SEAL team member, followed by a private funeral on Friday.

A special procession in Coronado will also be held Friday that will be open to the public. Keating will be buried at Fort Rosecrans National Cemetery.

Work In Progress……….
This entry was posted in Clarion Causes, Summer 2016. Bookmark the permalink.